Why Gold Track is the Track Day Organiser of the Year

Gold Track won our ‘Track Day Organiser of the Year’ award last year, so MSD’s Ben Whibley jumped at the chance to get on track and see why so many of our readers voted for them.

It was a sunny day at MSV’s Brands Hatch circuit in Kent, where we’d be taking on the GP circuit. I went to the briefing, which was one of the best I have been to in a long time. It wasn’t boring or too long, but covered all the main safety points. Only 25% of the users hadn’t been on track before so there were a lot of repeat users – a testament to Gold Track’s popularity. It was great to see the camaraderie between the participants and the organiser, Melindi Scott. It was a really fun atmosphere.

I caught up with Gold Track’s Callum Lockie, who works with Scott, and he talked us through their backgrounds and how the company has evolved. “Melindi has been involved in motorsport for a lot longer than I have, really from age four or five, as her stepfather was in motorsport,” Lockie says. “He practically invented track days and was involved with a Ferrari dealership. He suddenly realised all his mates with fast cars didn’t have anywhere to exercise them, so he thought of track days. People where turning up in 917 Porsches and expensive cars even then. Melindi was running 96 Club with her step-dad and then he gave her sole power to run it, and that’s when I joined. We ran it together, but then after a few seasons we went on our own and launched Gold Track based near Silverstone and have been there ever since.” 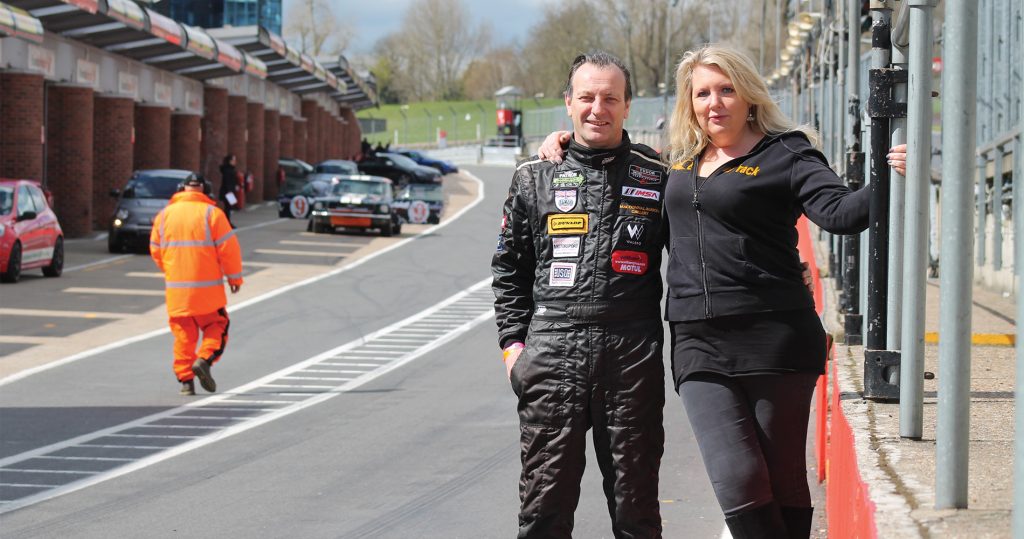 Scott has a little experience on track, as Lockie explains: “The last time Melindi went on track was in 1998 when I was contracted to Bugatti with the EB110 and was demonstrating at Silverstone. Melindi came around with me and just didn’t like it.”

Lockie himself has been racing and coaching “forever”. He tells me how this is one of the unique selling points of Gold Track: “Melindi is very welcoming and fantastic at organising and being attentive to individuals. If you have a problem, she will solve it for you.

“We have a USP having me as a professional racing driver on the team. I’ve achieved BRDC membership and I am very busy racing and coaching.”

Gold Track also actively helps its track day users move into the world of racing. Lockie says: “People are often on the phone to us asking about how to get into racing and we help them with trailers, equipment and so on.”

The track day industry has changed over the years, as Lockie explains: “There is a big difference now. There are a lot more modern cars and fewer classic cars these days. There used to be many more classic cars coming out – both race and road. The sheer number of GT3s and McLarens has increased over the last few years.

“The pit lane at Silverstone recently was stuffed with GT3s, Aston Martins, Porsches, Ferraris and other £150k-plus cars. That has changed, as has the level of speed that the cars do. Even a relatively quick driver in an RS going down Hangar Straight can reach 130mph. That is pretty fast and you don’t need to be that good to achieve that. To get to 150mph you have to be on it, but 130mph with paddle shift and loads of grunt is easy these days.

“You also see more race cars these days, as when people take road cars the compromise is too great, so they buy a Radical or M3, for example.” 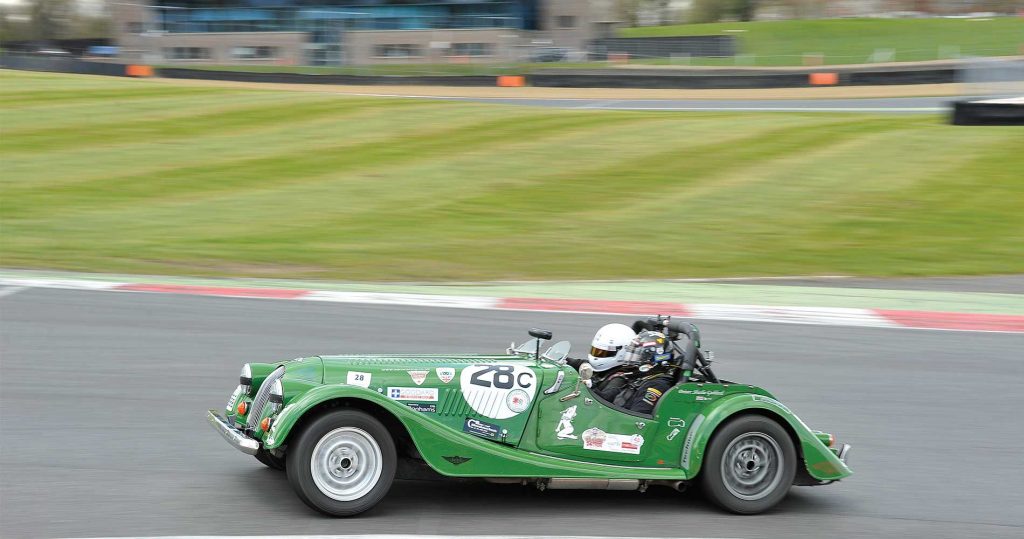 The pricing has changed over the years, too. Lockie explains: “Costs have rocketed. For example, our cost for Brands Hatch is £5k an hour on the GP circuit – that’s £27k plus VAT, plus wages etc., so it’s expensive. Silverstone is similar but a much bigger track. Some organisers max out the cars. We won’t, and impose a strict limit and will turn people and their money away. If we took more people on the day it would spoil everyone else’s fun.”

While organising a track day might be difficult, Lockie is aware that he doesn’t normally have to deal with that side of things. He says: “I think mainly for Melindi it’s dealing with individual requests and changes. At Silverstone she was making changes the night before until 9pm with clients contacting her wanting to change garages, but she does what she can and the clients feel they have personal attention, which is unparalleled in the business.”

Track days in Europe are cheaper to organise but there are added travel costs. Lockie says: “We keep the rules the same even if you are abroad. If there are rules in place, why would you change them? If you do, for example, run days on the left only and then go to Spa where it’s either side, you cause a problem. So you need to be consistent and on the same page with everyone.

“Getting enough people to go abroad is the hardest thing. The benefit of Spa is that it’s beautiful and there’s Belgian beer. The British circuits are fantastic, though, and Silverstone is very technical, very fast – and if you don’t get the technical parts you will never be fast. The GP circuit at Brands Hatch is very special, Cadwell is great and Snetterton is a fantastic circuit but we’re sorry to lose the old layout.”

As a coach it’s difficult to choose a favourite track, Lockie says: “My coaching answer is this: I do not get into favourites, as having a favourite circuit predisposes you to do less well at others, but if you said I could only race at one circuit ever again for the rest of my life, it would be the Nordschleife. It’s got everything and in a Cup car we take off three or four times a lap and at 164mph. It’s a very special place.”

Because Gold Track believes in the quality of its track days, they often have people complaining about the price, but Lockie stands by their pricing strategy. He says: “The only way you can lower the price is by having more cars but less track time. We do get people saying we are too expensive and  so they try other organisers. But we speak to them later and they say it was rubbish and that they spent half of the day in the pits waiting for cars to be pulled out of the gravel, or that there were too many on track. When you think of the minutes of quality track time per pound, ours make sense. So many people look at price and not quality as it looks the same on paper, but it really isn’t.” 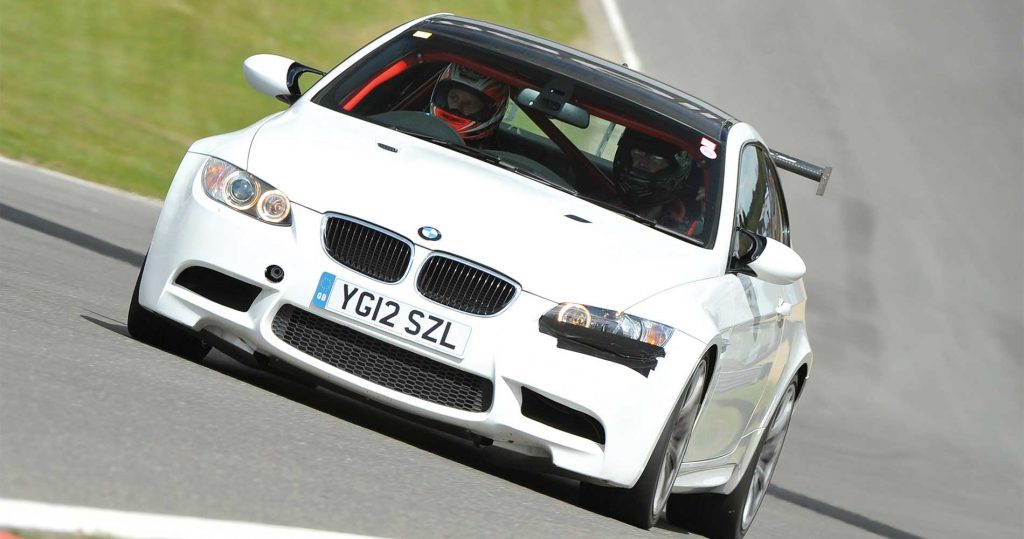