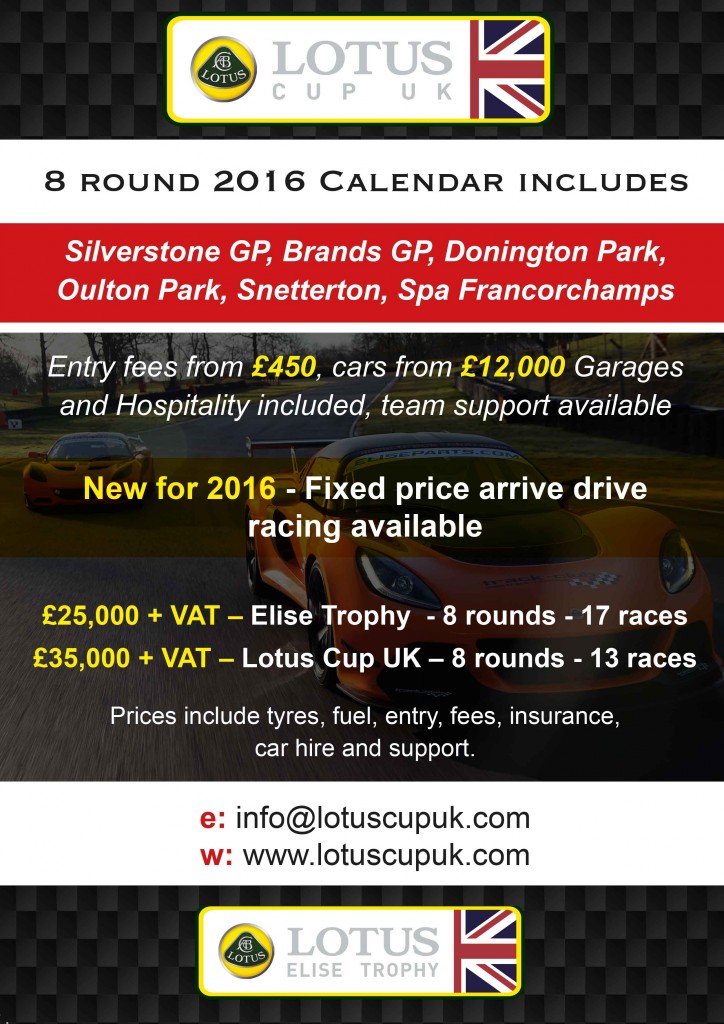 Cost: Lotus Cup Production Championship These cars are typically the same as the Elise Trophy Production Cars with a plethora of pattern parts available.

Set of tyres: From £495 plus VAT depending