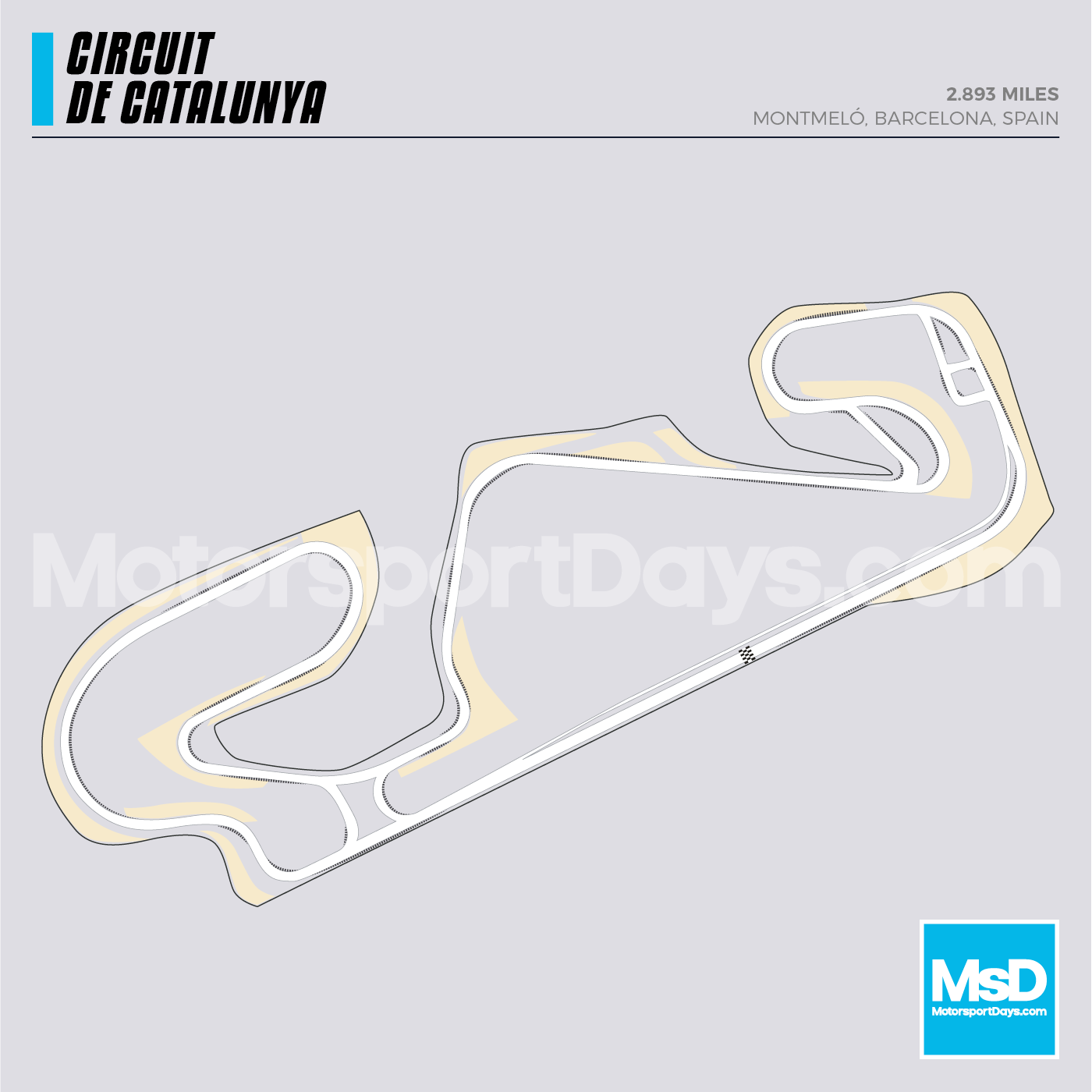 Until 2013 the track was known only as the Circuit de Catalunya, before a sponsorship deal with Barcelona City Council added Barcelona to the track’s title.

A lap of the circuit

Turn 1 is the main overtaking point at Catalunya, as it is a braking zone at the end of a long straight. The inside and outside are just as difficult as each other for overtaking; if you can hold it around the outside of turn one, then you get the inside for turn two. The corners themselves make up a medium speed chicane — you brake rather late for turn one (Elf) and turn two is almost full throttle as you try and gain as much exit speed as possible.

Turn 3 (Renault) is a long, flat out (in some cars) right-hander and it leads onto a short straight before turn 4.

The Repsol curve, another right-hander, turn four is similar to Monza’s Curva Parabolica — you brake and take an early apex before carrying lots of speed out of the exit.

Turn 5 (Seat) comes immediately after and is a slow left-hander which drops rapidly downhill towards the left kink of turn 6.

Turns 7 and 8 make up a medium-speed, uphill, left-right chicane. Drivers brake and must not run too wide as turn eight has a large kerb on its apex which could potentially damage cars’ suspensions.

Turn 9, Campsa Corner, is a very fast, right-hander which is made incredibly difficult because it is completely blind to the drivers. It is initially quite steep uphill but the exit is then downhill, making it blind, so it is quite easy to run wide onto the astroturf.

The long back straight leads into turn 10 (La Caixa), left-hand hairpin, then turns 11 and 12, a left kink before a long, slow, right.

The next section has been redesigned by German engineer Hermann Tilke to lower speeds onto the 1,047 metre pit straight — which in turn increases overtaking opportunities and safety.

Turn 13 is a tight, third gear right-hander and drivers have to quickly cross the circuit to take the racing line through the slow left-right chicane of turns 14 and 15, taken in second gear. Good traction is needed here as it determines speed down the pit straight.  Turn 16 (New Holland) is a flat-out right-hander which takes you across the line.