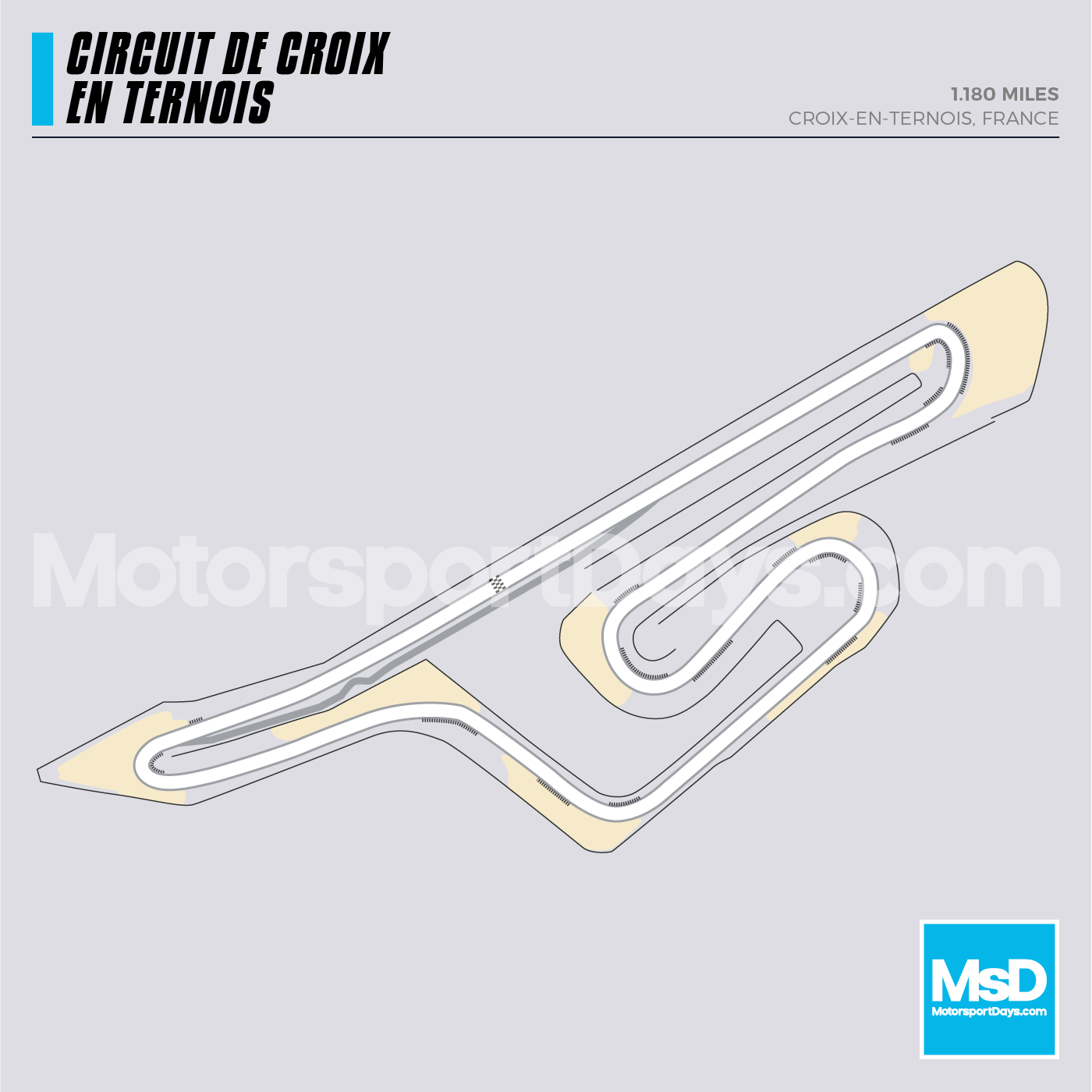 A lap of the track starts when you exit the pitlane on the right hand side of the track, meaning you’ll have to cross to line yourself up on the left hand side for the first corner, although ensure you keep to the right until you can see the straight is clear of faster traffic behind. You’ll have to decide for yourself where you are comfortable to start braking as it is quite a heavy braking zone. The inside curbing consists of a concrete strip, a curb and once again a bit of concrete, the apex is at the end of the curbing, just before the second bit of concrete.

Start accelerating right to the outside where there’s a curb you can use and even some astroturf. Then you let the car flow to the other side of the track, for the next left hander. The track isn’t straight, meaning you won’t have to steer the car to the right hand side, it will go there by itself.

Quickly cross to the left hand side of the track, brake, and again there’s an outside curb you can use as a reference point for the entry of this right hander. At about three quarters past this curb, turn in. Make your steering movement very gentle and commit to the apex when you see the second bit of inside curbing. The beginning of this bit is your apex. (it is clearly separated into two big chunks)

From there on, on the throttle, to the outside of the track. Not really any curb to use there, and a gravel trap right next to the track.

Underneath the bridge is a fast right hander, you’ll need to brake short, but hard for this one. Turn in and the apex is at the second half of the inside curbstone. Don’t go all the way to the outside of the track on the exit as there’s another fast left hander up next. Get the car back to the middle of the track and carry a high speed through the left hander. Use the full width of the track on the exit, but there’s no usable curb. IF you’ve got to much speed through here, or you took a wrong line, ease off the throttle. A sudden lift will send you into a high speed spin.

The final corner is a tight hairpin to the right. It’s a straightforward one. Late on the entry, early on the throttle and on to the main straight.