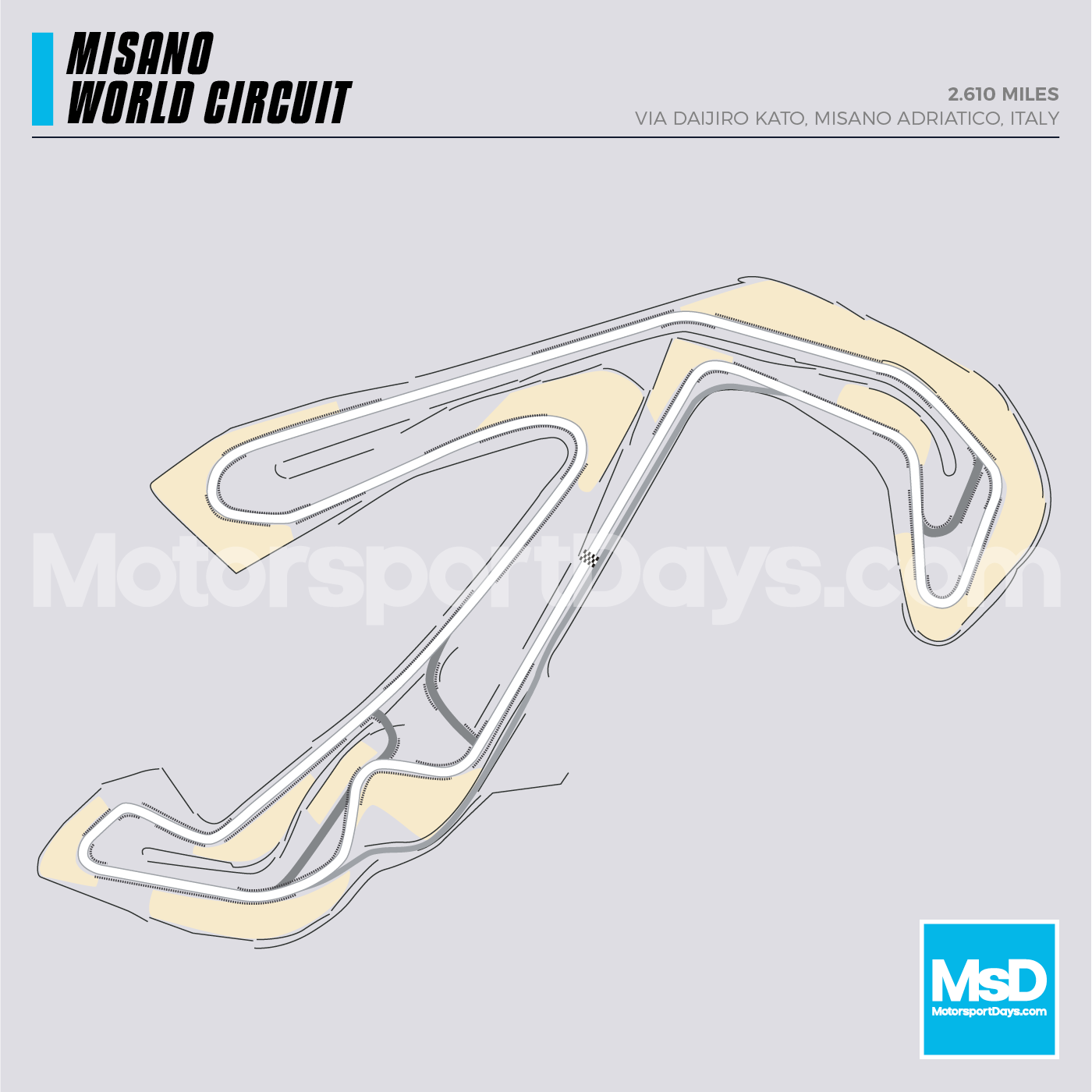 The Misano World Circuit (officially known as Misano World Circuit Marco Simoncelli, and before 2006 called Circuito Internazionale Santa Monica), also known as Marco Simoncelli Circuit is a race track located next to the town of Misano Adriatico (Province of Rimini) in the frazione of Santa Monica. Originally designed in 1969 as a length of 3.488 kilometres (2.17 mi), it hosted its first event in 1972. In 1993, the track length was increased to 4.064 kilometres (2.53 mi).

As of 2007, it began hosting the San Marino and Rimini Coast Grand Prix as part of the MotoGP World Championship.

In 2012, the track was renamed to commemorate Marco Simoncelli, a local motorcycle racer who died in 2011.