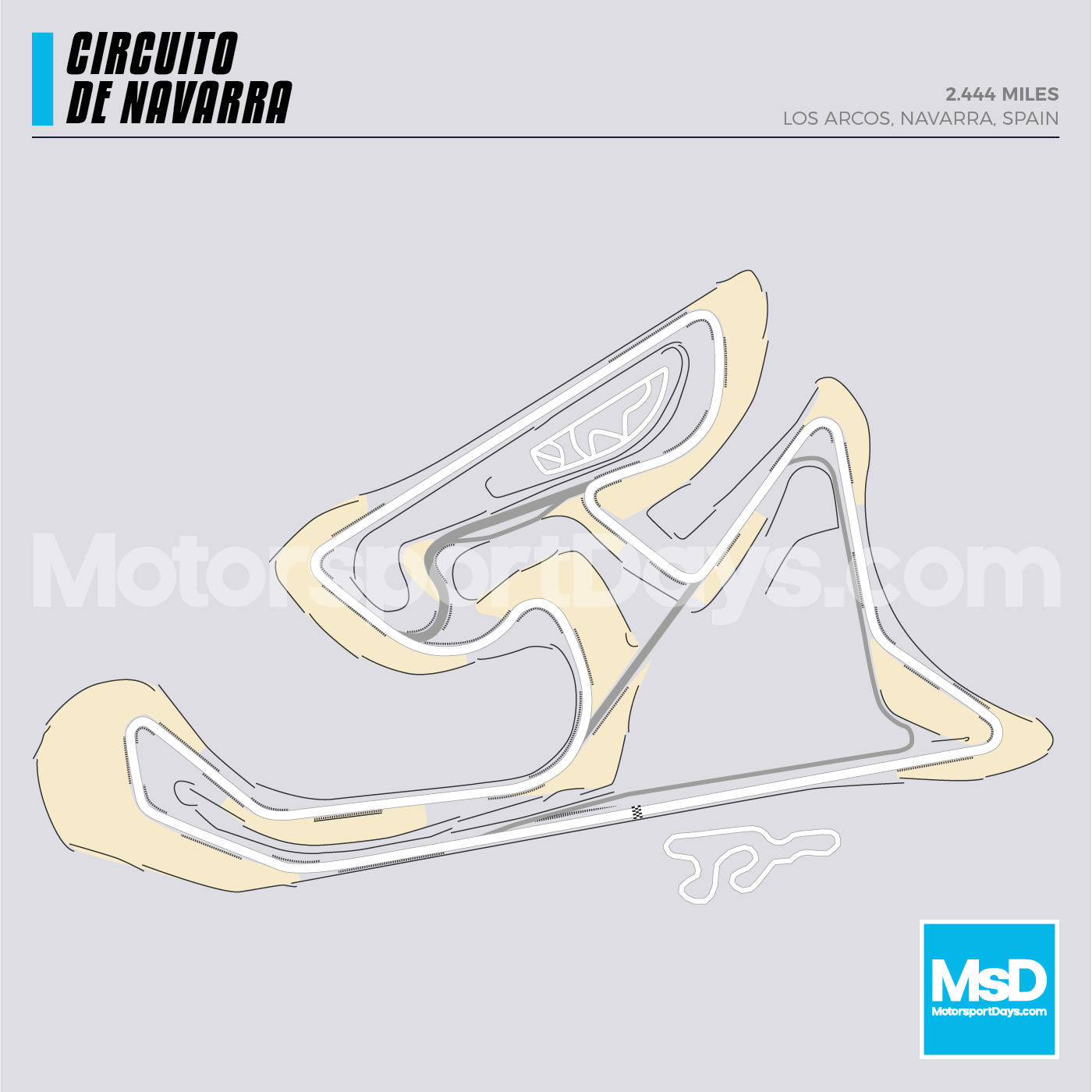 Circuito de Navarra is a motorsport race track that opened in June 2010 near Los Arcos in the Navarre region of Northern Spain. It is a 3.933 km (2.444 mi) permanent road course that hosts the Superleague Formula series and the FIA GT1 World Championship. On 2–4 May 2014, it was the location of the second weekend of Acceleration 2014, a series of festivals combining top class car and bike racing with music and entertainment.

The circuit was inaugurated June 19, 2010 with the showing of the MotoGP Inmotec. Its first national test was held on the 31st July.

Navarra held the 2018 first of two Spanish rounds of the 24h series, with the other round being held in Barcelona.