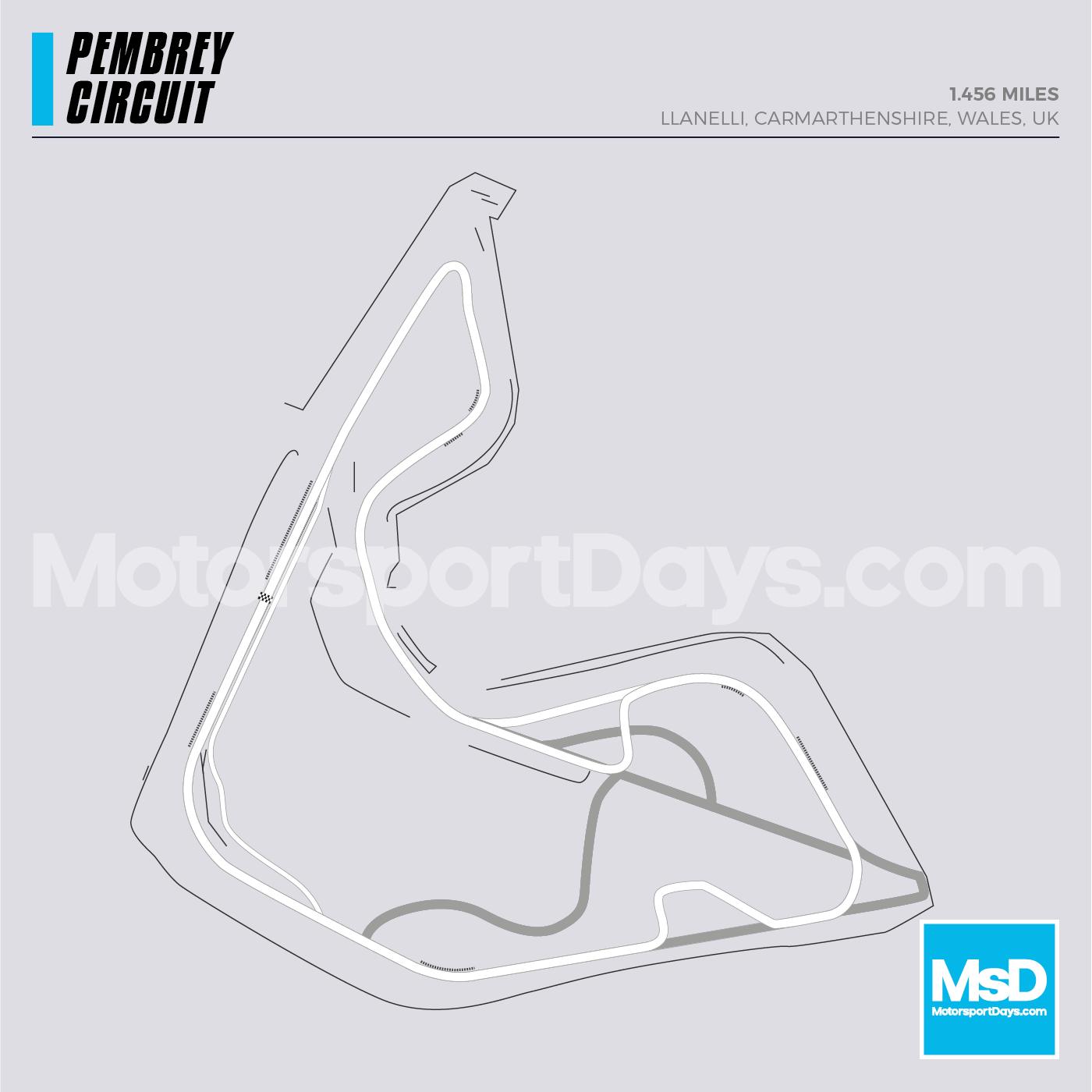 Head west on the M4 for long enough and you’ll get to Pembrey, the home of Welsh motorsport. The weather can be inclement, but it’s worth the trip as it’s a cracking little circuit. Like a lot of others, it was originally an RAF airfield, so it’s pretty flat. It was abandoned by the RAF and was being used as a chicken farm when the Welsh Race Drivers Association chose it as the venue for a new circuit. Some of the banking around the track edge was made from the abundant chicken guano around the site, and in the 1980s the circuit had a decidedly rustic feel! In 1990 BARC signed a 50-year lease to operate the circuit. The circuit is also the home testing ground for Raikkonen Robertson and Carlin’s F3 teams.

Pembrey is easy to find: exit the M4 at J48 and head to Llanelli on the A4138. Take the A484 west, through BurryPort (watch out for speed cameras!) to the circuit which is just off the road and is clearly signposted.

It’s a circuit of two halves – a fast outer section and a slower, technically challenging inner section. The Dibeni/Paddock left-hander is probably the hardest to get right, but it’s the Brooklands Hairpin and Honda Curve right-handers that have the most effect on lap times.

Over the start/finish line and into the braking zone for Hatchets Hairpin, the turn is very late but if you do out-brake yourself there is an escape road straight ahead. From the apex you can get back on the power hard and early. The right of Spitfires is fast in most cars, requiring the lightest of brakes, if at all. The following two corners, Dibeni Bend and Paddock, should be treated as one.

The first is a very fast approach, so in most cars a very light dab of the brakes, if at all, then the early apex. Let the car drift out to the right nice and early to give you as much time as possible for the second part. On approach to this part, either a small brake or a lift is required – this helps with a good turn in. On the exit of Paddock there is a wide expanse of concrete. If needs be, you can take a little bit of this, but don’t be greedy. The run down to the Esses is a fast approach and again will need a light brake or lift dependent on car. The apex is late and it’s important to run right out to the exit as you will need all the space available for Brooklands Hairpin, which has two parts.

The first is a slight right and it’s best to set the car up so that as you go through the first part, you are braking in a straight line. This will open up the second and most important part much more. Getting a good exit from here is important, as a small loss of speed here will hurt you all the way down to the final corner. There is a slight right kink on this straight known as Woodlands – this is flat in any car. The final corner of the lap is Honda Curve – a very fast approach and high-speed turn in make this corner very tricky. It’s important to be accurate with your apex, as if you miss it you will find the car starting to wander to the outside of the corner on the exit, where there is limited space.