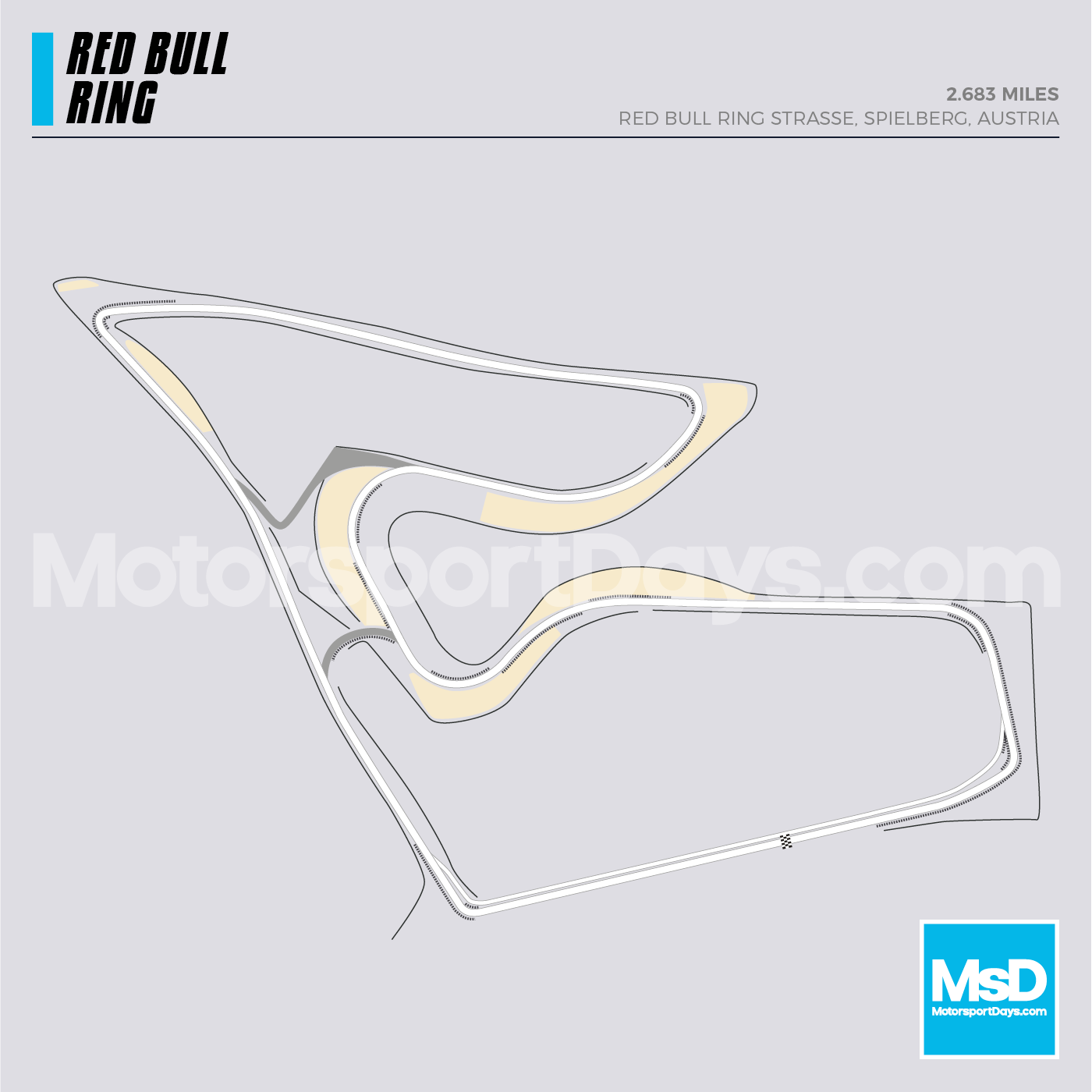 The Red Bull Ring race circuit was founded as Österreichring and hosted the Formula One Austruan GP for 18 consecutive years. It was later shortened, rebuilt and renamed the A1-Ring, and it hosted the Austrian Grand Prix again to 2003. When Formula One outgrew the circuit, a plan was drawn up to extend the layout. Parts of the circuit, including the pits and main grandstand, were demolished, but construction work was stopped and the circuit remained unusable for several years before it was purchased by  Red Bull’s Dietrich Mateschitz and rebuilt. Renamed the Red Bull Ring the track was reopened on 15 May 2011.