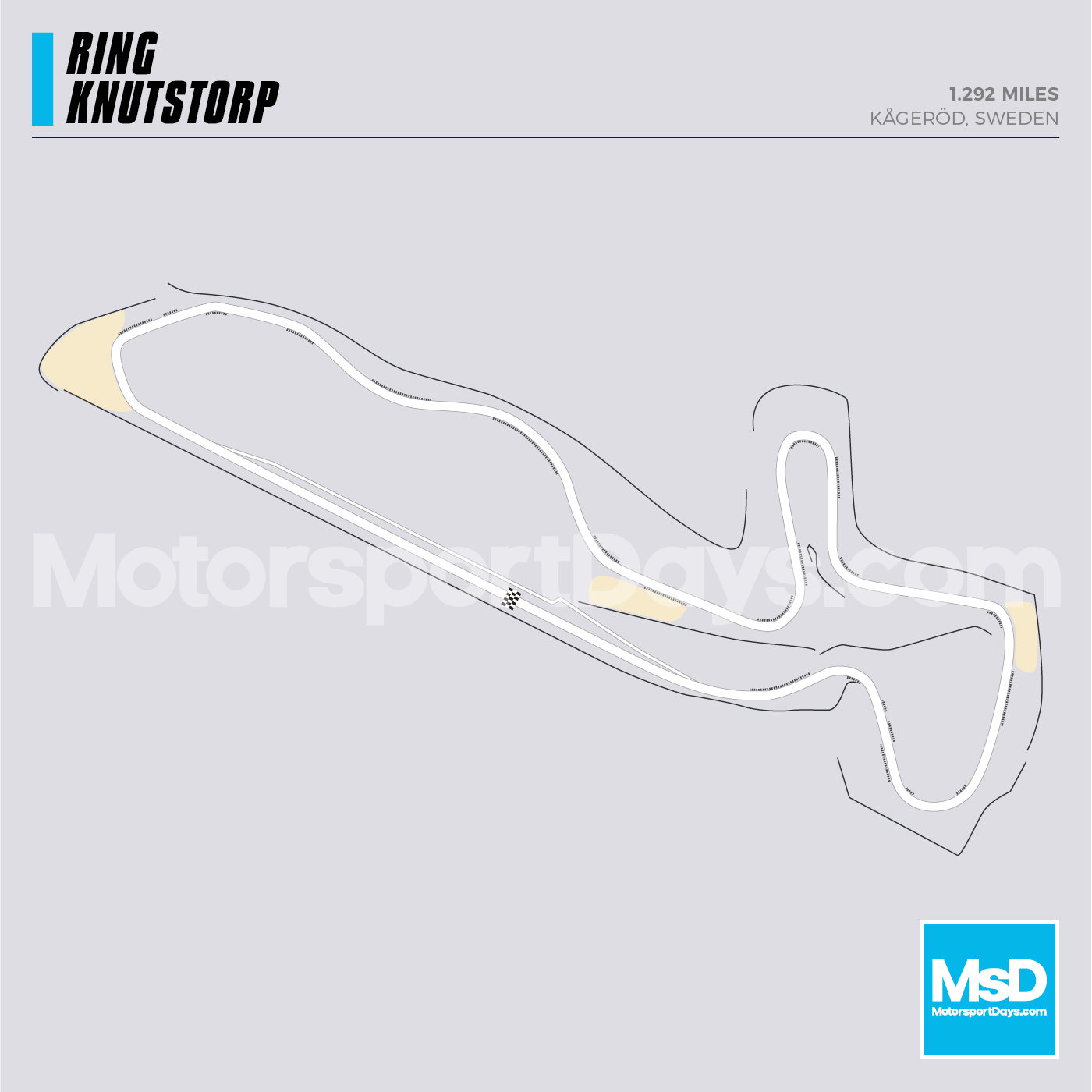 It is thus over 50 years since Hyllinge Motorsällskap launched the first asphalt trail at Ring Knutstorp. There was a lane of 1100 meters with stretch remaining, almost as it was when it was erected.

Starting and targeting were immediately after the hairpin of the day, the depot lay in the woods just before Liton (which was a highly dosed velodrom curve). One was swung back in the current speaking tower right up to what we today call for little rakan.
The course was extended to today’s stretch in the early 70’s (but it is a completely different story).

In the short run, 60’s speed fantasies such as Frank Williams (now F1 team owners) ran the track record 42.6 sec (93.0 km / h), as did Swedes Reine Wisell and Ronnie Peterson, who had several battles in Formula 3 of the past, usually with Reine as a winner. Later in the 1960s, a prize of 1000 kronor was awarded to the one who managed to set a new speed record of 100 km at the cutting speed. It became Ronnie who tricked the prize money.

From the Official Program Sheet from the Premiere Competition on September 22, 1963 you can read: Hyllinge Motorsällskap has the pleasure and pleasure to present a whole new form of motorsport for its loyal and nice audience. On this, through 26 motocross competitions, some classic land, we have taken a big financial step and built a permanent asphalt course for the pursuit of both motor and motorcycle sports. Our outstanding landowner Grevarna Wachtmeister has contributed greatly to this. We believe that there has been a great need for such a course in southern Sweden for a long time. And we hope that this track building will be a joy and benefit for Swedish motorsport and its many practitioners.

Today’s competition, the first on asphalt, with 2 predecessors on gravel grounds, has accumulated enormous interest from the driver’s side. And are there quite a few of the elite drivers who will make up for the victory prizes. In the hope that the competitions will provide a complete sporting exchange, we warmly welcome drivers, audiences and presses to the premiere competition on the new race track.