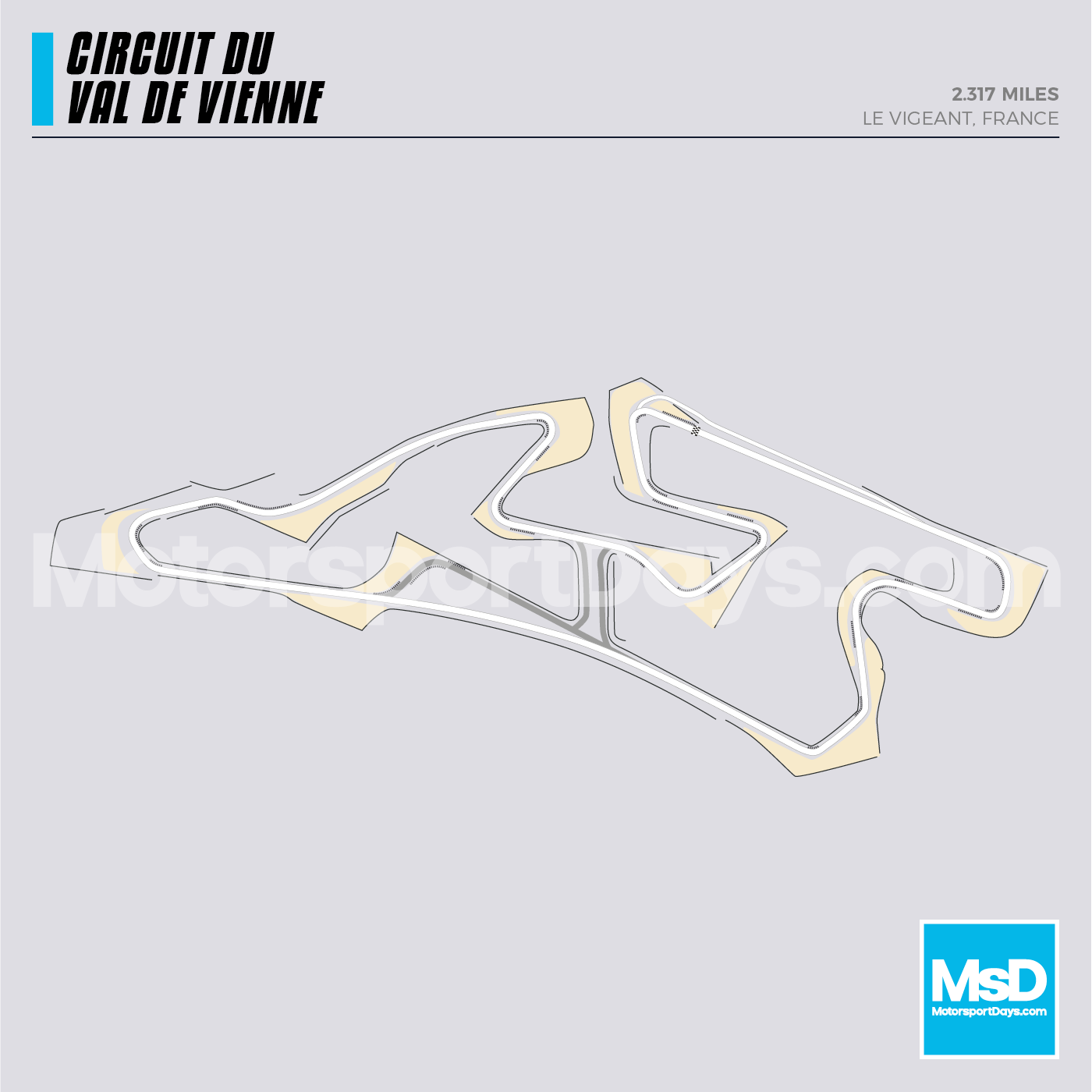 The Val de Vienne circuit came about following a meeting between motorsport fans and local residents eager to promote and develop their region.

Built in 1990 by the Montmorillon region and financed by several local government agencies, it played host to its first motorsport event – the French Touring Car Championship – two years later.

The French Superbike Championship soon followed and, every year since, the Vienne area has hosted a wealth of major series and events.

The layout was once renowned for being one of the most technical in France but that all changed in 2008 when the only specification it lacked – a high top speed – was added. Two main straights were joined in order to create a 1000m section of continuous acceleration. In GT racing that equates to a top speed of over 270km/h.
It was also at this time that the circuit was accepted into an elite group certified as FIA Grade 2 standard by motorsport’s world governing body.

Since coming under the control of Les Deux Arbres on 1 January 2012, the Val de Vienne circuit has benefited from the most significant upgrade in its history. Race Control and grandstand seating now provide much improved levels of comfort, power supply capacity and connectivity, while the video control, press and briefing rooms are to the same standards as international circuits. The paddock, always well regarded for its ergonomics, provides comfortable working and set-up conditions thanks to the quality of its power supply installations, toilet facilities and restaurant.

With its latest upgrades, the Val de Vienne circuit has become a professional motorsport facility that nevertheless retains its charming and user-friendly environment.