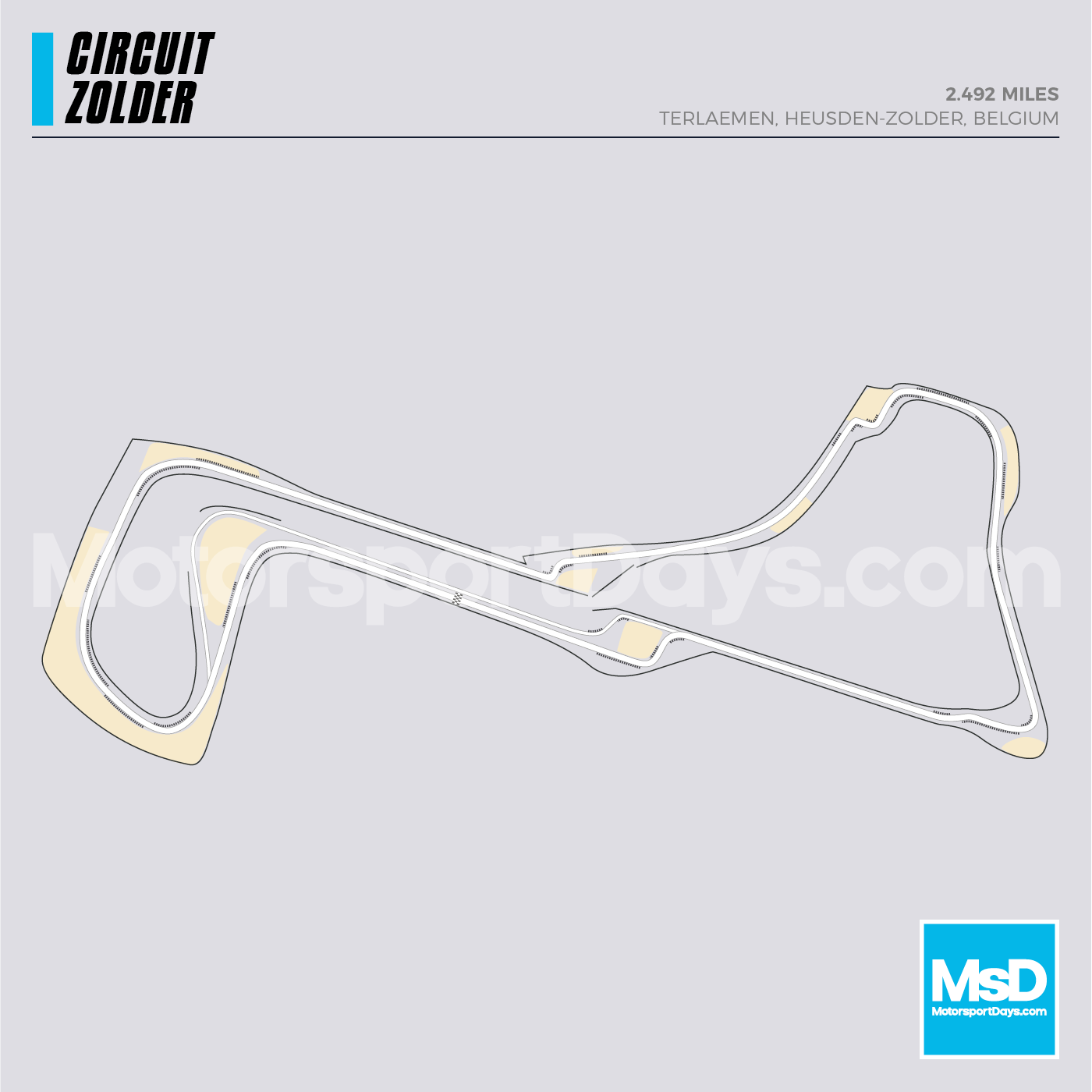 Situated in central Belgium just 170 motorway miles from Calais it’s surprising Zolder isn’t a more popular circuit with both UK track day organisers and those in the rest of Europe. The circuit is technical and perfect for the Elise and Caterham.Built in 1963 Zolder is a 2.5 mile undulating circuit that has held the F1 Belgium Grand Prix on 10 occasions during the 70’s and 80’s.

The circuit starts with a fast 90 degree left hand bend which has plenty of run off but is a fairly insignificant corner.

Moving from the right to left to immediately go into the technical Sterrenwachtbocht it’s important to brake on the straight so as to have a settled car for the corner, this will also lead to a much quicker exit. Kanaalbocht follows next and shouldn’t require too much braking as it’s flat with a smooth turn in. Under the footbridge and it’s another fast 90 degree bend this time to the right, although relatively simple it’s important to not over cook the exit as the run off isn’t great.

Out of Bianchibocht it’s a very fast up hill approach to the Chicane which is much tighter than it looks. The exit of the Chicane the circuit starts to rise steeply so it’s important to be on the power as you exit. The kerbs can hold water in the wet so it’s advisable to stay off them unless it’s dry. Over the brow of a hill and into a steep downhill section to the left hander Sacramentshelling where a late entry is important, the apex being on the very last kerb as you exit. Move the car over to the left ready for the entry into Villeneuvebocht which has a dip on the right entry and camber change half way through. This chicane was put in after the sad death of Gilles Villeneuve in the Belgium Grand Prix. Obviously much safer now but it’s a bit fussy although good fun in an Elise. It’s then pretty much flat out into the right hander of Terlamenbocht which presents a good challenge.

The circuit then rises before dropping away into Bolderbergbochy which has a very fast approach and requires heavy braking to avoid the service road and gravel traps. It’s important not to run too wide on the exit but keeping to the right will mean a chance of straight lining the following Jochen Rindtbocht chicane. It’s slightly uphill again and under a bridge, this section has a tunnel affect as sides are close and the Jacky Ickxbocht complex at it’s end is fairly blind until the last moments. A left then right with camber change in-between it’s important to get the exit right and lifting on the exit is advised against. A slight uphill and that’s a lap of Zolder complete.